Let’s face it – most of us shop for clothing or shoes when they’re on sale.  Why?  Because most of us are living on a budget and don’t want to always drop top dollar on something that we’re pretty sure will be on sale at some point in the near future.  So if you’re always on the lookout for some sexy new lingerie styles, but you’re constrained by a budget, we highly recommend that you check out online lingerie stores for sales that they typically have from time to time throughout the year.  More times than not you can find a style that you’ve been eyeballing for a couple months at a decent discount.  Usually you’ll find sales around 20% off – but every once in a while, you’ll hit a new season coming up and find lingerie stores blowing out their costume and lingerie styles for as much as 50% off or more!

For example, we’re running an amazing sale on hundreds of sexy lingerie items and sexy Halloween costumes.  If you’re looking for something new, but don’t want to break the bank, then check out some of the following items and really save a few bucks. 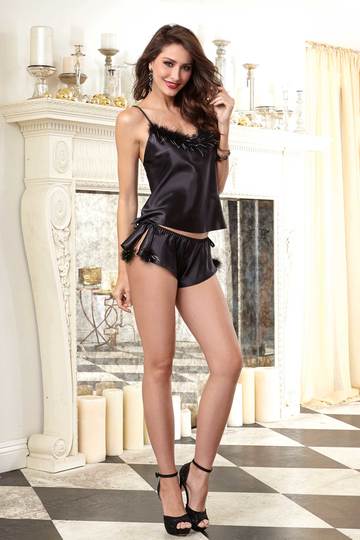 From our good friends over at Dreamgirl, you can get this amazing Sparkling Bias Cut Chemise on deep discount.  Normally it sells for $29.95 but you can get it from Foxy Lingerie for just $18.95 plus free standard shipping.  That’s a steal for a really cute and versatile lingerie style that you could honestly wear a few nights of the week or for that special occasion with your guy. 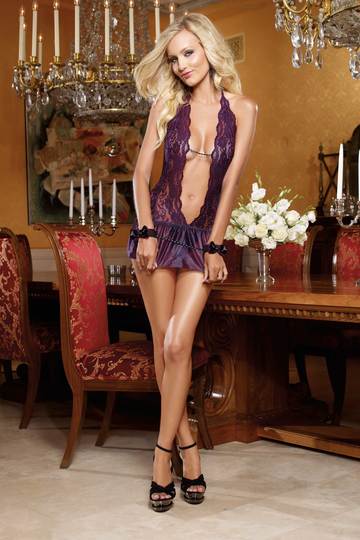 A little racier than the chemise style mentioned previously, the Plum Halter Teddy from Dreamgirl is an amazing and super sexy teddy that’s now available for just $15.95 – normally $25.95.  If you’re looking to spice things up in the bedroom this weekend with your man, then we highly recommend this super sexy style – handcuff restraints included – fun and sexy! 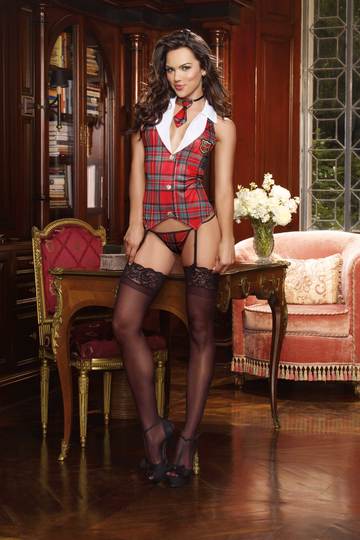 Ok, time to really spice things up and live our some fantasies – who doesn’t want to do that?  Check out our Homeroom Hottie Roleplay Costume by Dreamgirl that’s now just $15.95 – normally $25.95.  Who doesn’t like to get a little frisky playing out some classroom fun, but this time in the bedroom.  The thong panty and tie that you see in the picture above are included but the super sexy lace top thigh highs are sold separately – pick them up for just an extra $5.95 and create the ultimate sexy outfit. 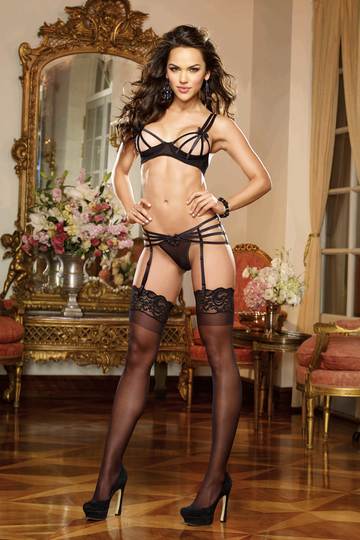 Last up is the Organza Open Cup Shelf Bra & Panty Set by Dreamgirl.  Usually priced at $29.95 this super sexy bra and panty set is now available to you for just $18.95.  With stock pretty low and sizes limited, you’ll want to pick up this sexy little lingerie set while supplies last.  So many customers at Foxy Lingerie have ordered this style and have told us they, and their partners, thoroughly enjoy its strappy features and thong panty.  We’re positive that you’ll find it spicing up your love live in no time!

This site uses Akismet to reduce spam. Learn how your comment data is processed.